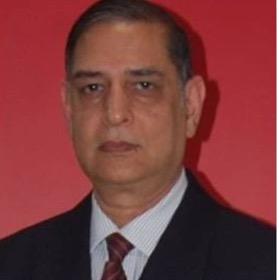 Dr. Surendra Kumar Mathur, MS, FACS, presently President Of Zonal Transplantation Coordination Centre Mumbai, a body which looks after Distribution of Deceased Donor Organs and policies related to that. He  was previously Professor and Head Department of General & G, I. Surgery at TN Medical college and BYL Nair Hospital Mumbal and Professor  of Surgery and G I Surgery at Seth G, S, Medical College and KEM Hospital, Mumbai. He is one of the first Indians to be fully trained in both Cadaveric and Living donor Liver transplantation.

In Sept 2006 he successfully performed Living donor adult to adult liver transplantation using Right liver graft, which was first of its kind in Western India. Since then he has performed both cadaveric as well as Living donor Liver Transplantation.

He has more than 45 yrs of experience of teaching under graduate and Postgraduate Medical Students and had been an examiner for M.ch., Ph.D. & DNB in Surgical Gastroenterology, and for M. S. and DNB General Surgery and for MBBS at various Indian Universities.

Past President and Vice President

2.Past President of Indian Association of Surgical Gastroenterology

3.Past President of IHPBA India