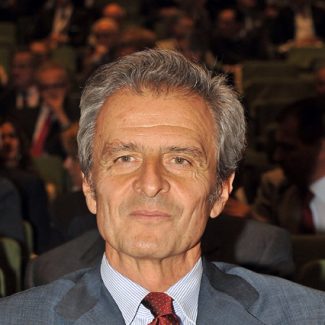 Specialized in General Surgery at the University of Turin in 1987, was trained in London at Prof. Leslie Blumgart, Liver Unit, Royal Postgraduate School Hammersmith Hospital as Reasearch Fellow from Sept 1984 till Sept 1985 and in Paris at the Centre de Chirurgie Hepato-biliaire, Hospital Paul Brousse with Prof. Henry Bismuth from 1986 till 1990.

Back in Italy in March 1990, he was assistant professor at the University of Turin, performing in March 1990 the first laparoscopic cholecistectomy in Italy. In Nov 1990 he participated to the beginning of the Program of Hepatic Transplantation at Molinette Hospital. In 1992 he became Associate Professor and in 1998 Full Professor at the University of Turin.

In 1992 he founded the University Centre for Minimally Invasive Surgery in Turin, clinical, scientific and teaching centre, recognized as Regional Referent Center for Piemonte Region and as Teaching Centre for the European Association or Endoscopic Surgery (E.A.E.S.).

Since 2000 he is chairman of General and oncological Surgery, the Emergency Surgical University Unit and the Center for Minimal Invasive Surgery  at the Molinette Hospital, University of Torino. Since 2005 he is Director of the Scuola di Specialità in Chirurgia Generale.

In 2010 he was nominated Dean of  the Department of Surgery of the University of Torino.

In 2015 he was nominated Chair of the Clinical Department of Surgery, Città della Salute e della Scienza , Torino

The University Centre for Minimally Invasive Surgery directed by Prof. Mario Morino has organized more than a hundred of different courses of laparoscopic surgery with more than 1000 surgeons participating.