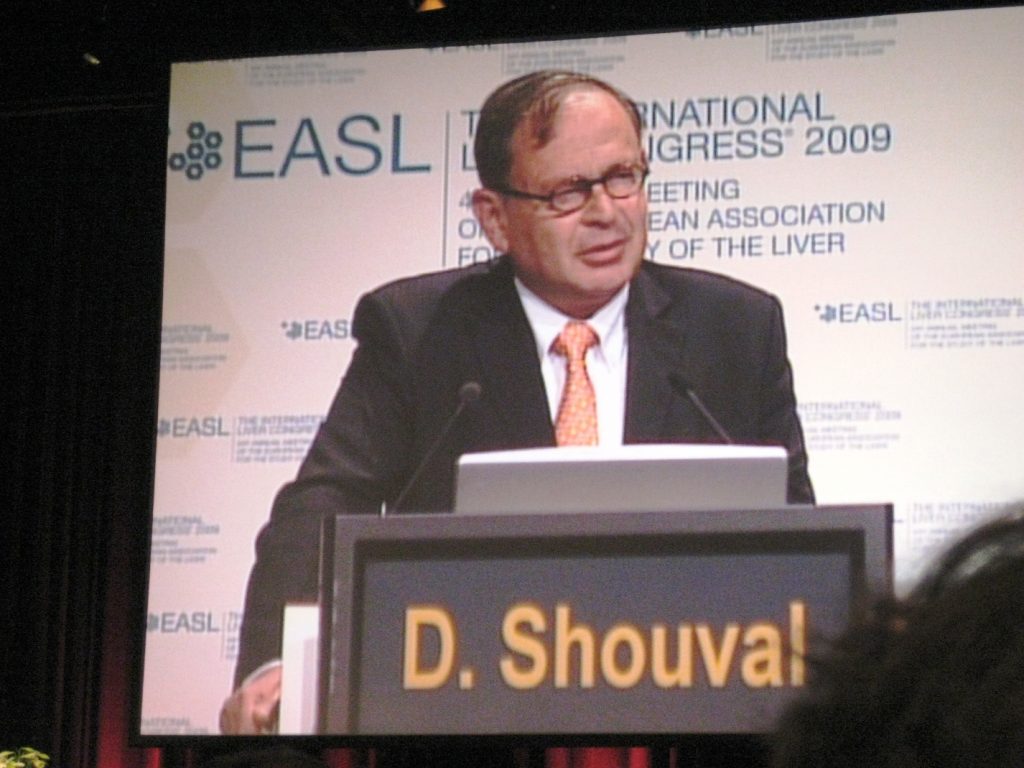 Dr. Daniel Shouval has studied at the University of Basel, Switzerland and is a

graduate of the Hadassah–Hebrew University Medical School in Jerusalem

Israel. After completing his residency in Internal Medicine at Hadassah, he

the recipient of US National Institute of Health Fogarty International

Fellowship . He was trained in Cell Biology, Immunology, and Molecular

(I987). His main research interests and publications include Biology of and

immune response to hepatitis B and A virus infection and liver tumors. Dr

agents against viral hepatitis B ,C and A. In recent years his main efforts

are focused on developing a third generation Pre-S/S hepatitis B vaccine;

intervention in persistent hepatitis B infection, prevention of hepatitis B

infection in liver transplant recipients, adoptive transfer of immunity against

hepatitis B and pre/post-exposure prophylaxis against hepatitis A. Dr. Shouval

is the author/co-author of >250 publications, Editorials in leading Hepatology

journals and chapters in books.

Dr. Shouval is Professor Emeritus of Medicine at the Hebrew University and

Medicine. He was a visiting Professor at the Albert Einstein College of

School and Massachusetts General Hospital in Boston, USA (1987-88) and at

France (1998-99). Prof. Shouval served as President of the European

Association for the Study of the Liver in 1996/7; he is the recipient of EASL’s

the Educational Committee of EASL. He served in a number of editorial boards

the Journal of Hepatology. Dr Shouval is a standing adviser to the European

Viral Hepatitis Prevention Board and the World Health Organization.